Jessica chose Agricultural Engineering as her major in graduate school because she was drawn to solving problems at the intersection of engineering, biology, and chemistry. During her MS degree she developed a model of algal growth to optimize the design of ponds used in the production of algal biomass for biofuels production. The challenges of developing alternative energy sources and optimizing food production to meet the demands of growing population lie within the field of agricultural engineering and she wants to be a part of tackling those  challenges. 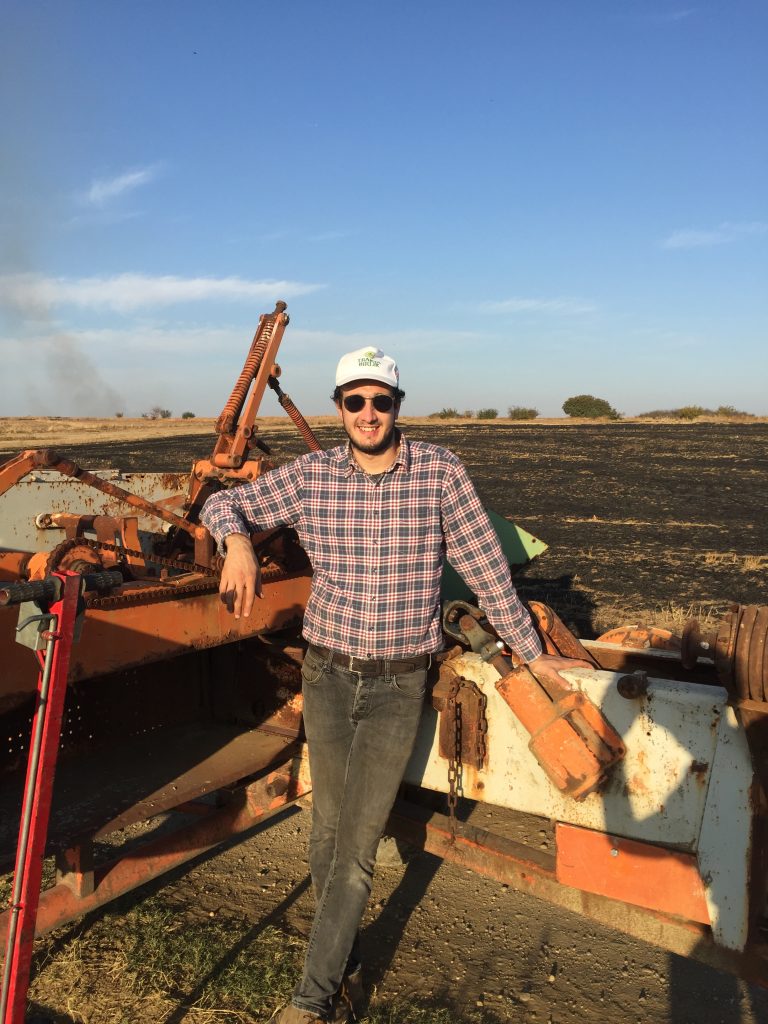 Derviş grew up on a forage crop farm located at Şarköy in the province of Tekirdağ, Turkey. He graduated from Istanbul Technical University with an honor B.S. in Mechanical Engineering. He is a true farmboy- he loves being in nature and getting his hands (and trousers) covered in dirt. He eventually wants to return to his home country and apply the technology and development learned at the University of Wisconsin, thus giving a new perspective to Turkish agriculture. In addition, he plans to work within the Agriculture industry, specifically in precision agriculture, precise agricultural machinery, or agricultural automation. He would like to work as an engineer in leading companies as well as conduct field work to introduce what I have done/ designed throughout his career.

In August 2017, Dervic completed an internship at APV Technische Produkte. APV is an agricultural equipment manufacturer specializing in precise planting, seeding and cultivating. During this internship, he worked as a consultant engineer for agriculture machinery in sales, specifically pneumatic planters, and their installation & calibration. He gave presentations and field demonstrations of the machine to the farmers to make them see how machine is spread the seeds to the soil in real case. He also manually calculated the output of the machine to prove that the machine is doing its job accurately.

Derviş is pursuing a M.S. in Biological Systems Engineering. His research interests are agricultural machinery, precision agriculture, forage quality, and agricultural big data management. He currently works with Dr. Brian Luck on forage logistics, specifically alfalfa and corn crops. He is designing a model to approximate and predict the exact location of transportation vehicles by using Control Area Network (CAN) and GPS data in order to optimize silage harvest efficiency as well as lower fuel consumption.

Dervis grew up on a forage crop farm which helped him develop a passion for farming.Throughout his childhood he spent his summer working on his family’s farm which allowed him to get in close contact with agricultural machinery.  He found driving, working on them and even fixing them when they broke down to be great fun, and still enjoys this type of work. After spending majority of his time in agriculture for fun, he realized that there is nothing else in the world that he would like to do/ deal with other than agriculture. Dervis feels very lucky to be an agricultural engineer conducting forage harvesting research in the US.

“When I was a child, I was fascinated when I saw big power tractors while operating in fields, because tractors were always a very important part of my life. When I was about 9, my family sent me to a tractor repair shop to gain experience with agricultural machines and to learn their operations more closely. One of my most cherished childhood memories is that of my apprenticeship in the tractor repair shop. It was the first time that I saw the components inside the tractor and met its power transmission systems as well as learned fundamental machine elements. That evening I went to sleep as the happiest boy in the world. Then, I figured out that these were the things I would extremely enjoy dealing with throughout my life.” 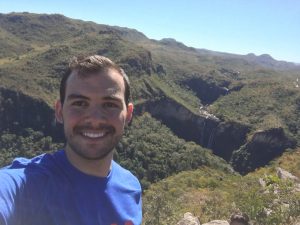 Eduardo is originally from Brasilia, Brazil where he completed a bachelor’s degree in automation and control engineering at the Universidade de Brasilia.  During his time there he complete in the Laboratory of Aerial Robotics, designing and fabricating autonomous unmanned aerial vehicles for the implementation of algorithms for cooperative control of multiple aircrafts. In addition, he also projected and implemented an algorithm to calibrate IMUs using a gyroscope.

He is currently earning a M.S. in Biological Systems Engineering here at UW-Madison. As a student here he designed and fabricated a medical injection pump for use in 4D Neuroangiography in the Wisconsin Institutes for Medical Research.  While working on a final project in an Image Processing course, Eduardo was introduced to our lab and found an interest in agriculture. Eduardo has been a Research Assistant in this lab since January 2018, and will graduate in December of 2019.

In his free time he enjoys playing soccer and mountain biking, reading, creating small design projects, and playing the piano.

“As an automation and control engineer I was amazed with the many possible applications of automation in this field. Since then I have become more involved in the lab and decided to join the BSE Master’s program!”